Good performance is crucial for any app or product. An app is considered to have bad performance if it responds slowly, shows slow animations, freezes, crashes, or uses a considerable amount of battery. These indicators have a direct impact on increasing/decreasing the app engagement of users.

While working with React Native, we faced some of the above problems, eventhough we were following best coding practices. Hence, we decided to instrument our app to identify where it isn’t experiencing the best performance, based on – network, memory, graphics, or CPU to deliver a flawless experience to end-users.

At Yubi we used the following tools:

APK Analyzer provided the following insights into the composition of our APK or Android App Bundle(Aab): 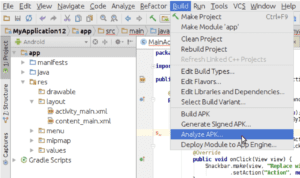 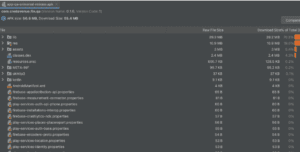 Actions taken from the above insight:

A couple of screens in our app took a long time to load fully (become interactive) for the user. There could have been multiple reasons for the same such as an API response time, calculation involved in rendering the UI, frame change rate etc.

Hence, we decided to use network profiler to figure out the real culprit. With the Network profiler, we were able to calculate the exact response time of each API used in the app and optimize accordingly

We were also getting a notifications from the android operating system which said that our application was draining the battery faster than expected. To dive deep into the same, we used the memory profiler of Android Studio. The Energy Profiler monitored  use of the CPU, and it displayed how much energy is utilised in different modules of the applications. With the help of it, we were able to identify which user flow we were consuming, creating a big heap of intermittent data resulting in high energy consumption.

For detailed analysis and usage about each of the profilers, please refer the following links:

Actions taken from the above insight:

These profiling tools not only help us identify issues on the app, but also go a long way in detecting and fixing them if done properly. We used the same primarily for network and memory analysis of the ios app. 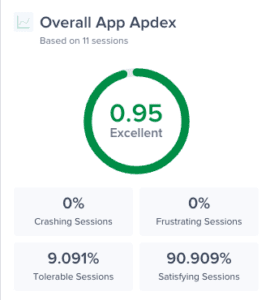 Here’s how is Apdex is calculated.

With the help of such useful insights from the above tools, we were able to improve the performance of our app drastically. First, we were able to reduce the size of our universal apk by 7MB(15%). Second, the initial load time of the landing page was reduced by 1.5 seconds, resulting in great user experience.

Apart from the above tools, there are various other tools available in the industry to perform detailed profiling on the react-native app. We would love to take your suggestions on other tools that our team could explore!