How Do We Maintain the Quality Assurance Process at Yubi

And that’s a problem that QA addresses.

Coming to the QA in our Organization which was rebranding itself from CredAvenue to YUBI, we wanted to Qualitize (Qualitizing is the process of converting quantitative data into qualitative data) our Quality process and focus towards it.

Everyone in our Org knew what the Bug life cycle is or how to create/report bugs effectively. After a bug is reported, we wanted to focus on a uniform process across the teams to ensure they are getting fixed and closed to the satisfactory level. In this post, we wanted to cover our journey on how we achieved it across 10+ teams in various phases. 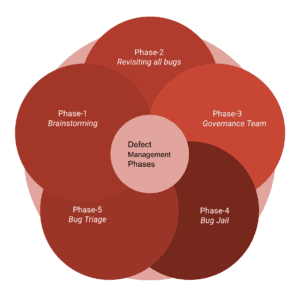 Phases of Our Journey

Here are the different phases:

We asked ourselves the below Questions

Solving all the above problems was not a short term goal. We needed a sustainable solution to make it as a culture across the organization. With a lot of brainstorming, we came up with multiple phases to take this up.

In this phase we revisited all opened bugs and identified the cleaning procedure.

With above filtering we made a step closure towards prioritizing bugs backlog which needed utmost attention.

We knew that it was a mammoth step to clean the entire prioritized backlog and a single person can’t do it. So we formed a Governance team and called it Men-in-Black team (MIB) the 3 QA Managers.

The primary job of this MIB team was to monitor, identify, acknowledge and appreciate the teams who are closing bugs on priority on a sprint-by-sprint basis. We came up with our own definitions of classifying teams across Tortoise, Rabbit & Fame boards. We started publishing this board in every engineering townhall.

In due time, we have seen teams getting moved from tortoise board to Rabbit Board and finally moving towards fame board. This was a mission accomplished for our MIB team.

Now the MIB Team ensured that the bugs are getting fixed by various engineering teams. We still had a problem of some teams not able to prioritize bug fixes over delivery. To ensure that the team understands that Bug Clean up is also important, we introduced a process called Bug Jail.

What is the bug jail?

Bug jail is not a place where bugs are sent as punishment for their crimes. Rather, it’s a (virtual) place where teams are sent when they have too many open bugs.

Who gets into bug jail?

Our governance (MIB) team established the maximum number of bugs (known as a bug cap) each team is permitted to have and if the bug count exceeds the specified number the team is placed inside the bug jail.

What happens if a team is in bug jail?

Once the team lands in the bug jail, they have to stop new feature development & all efforts need to go towards coming out of bug jail.

How does one come out of bug jail?

The precise trigger for a team to come out of bug jail to get if by getting their bug count back down to 50% of the bug jail trigger or within the limit before you are allowed to exit.

We started publishing the bug trends per team, and whether any team is entering into the bug jail. This prompted teams to proactively close the bugs and not hit the bug jail.

When we successfully cleared backlog of old bugs we needed to ensure all future bugs entering into the system should go through a proper triage process and need to effectively get closed within threshold time, so came the Bug Triage.

What is Bug Triage Meeting?

The word “Triage” is basically used in the medical field. Actually, it used to decide the order in which the patients should be treated. Big hospitals usually witness thousands of patients everyday either for consultation or actual treatment. However, all patients are not admitted or treated immediately.

Similarly, the term Triage is introduced in software testing for Bugs in the application or a project. Bug Triage is a process where the quality team finds out the bug and assigns a degree of risk, re-occurrence, and severity to it. This essentially prioritizes the bugs to be treated first.

Triage meetings are facilitated by the quality team lead and it is coordinated with Delivery, Development, Testing and Product Manager teams.

In the meeting, the following criterias are identified for every bug. 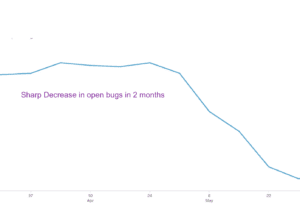 Finally after all these efforts over a month, we saw a sharp downtrend for the open issues within a month. Kudos to the efforts led by the Men in Black team supported by all engineering teams working towards it.