Home / Knowledge Hub / Blog / Lijjat Papad: A Success Story Like No Other

Lijjat papad started its journey in 1959 when 7 women borrowed Rs. 80, as seed capital, from a social worker to buy ingredients for their product. The aim was to empower women, who were treated as family members and called ‘ben’ in the enterprise. The motto of Lijjat Papad is Sarvodhya, which means ownership (in professional as well as personal lives). Currently, the company has about 45,000 ‘Lijjat Sisters’ working for them and it has clocked in a turnover of INR 1600 crores in 2019. 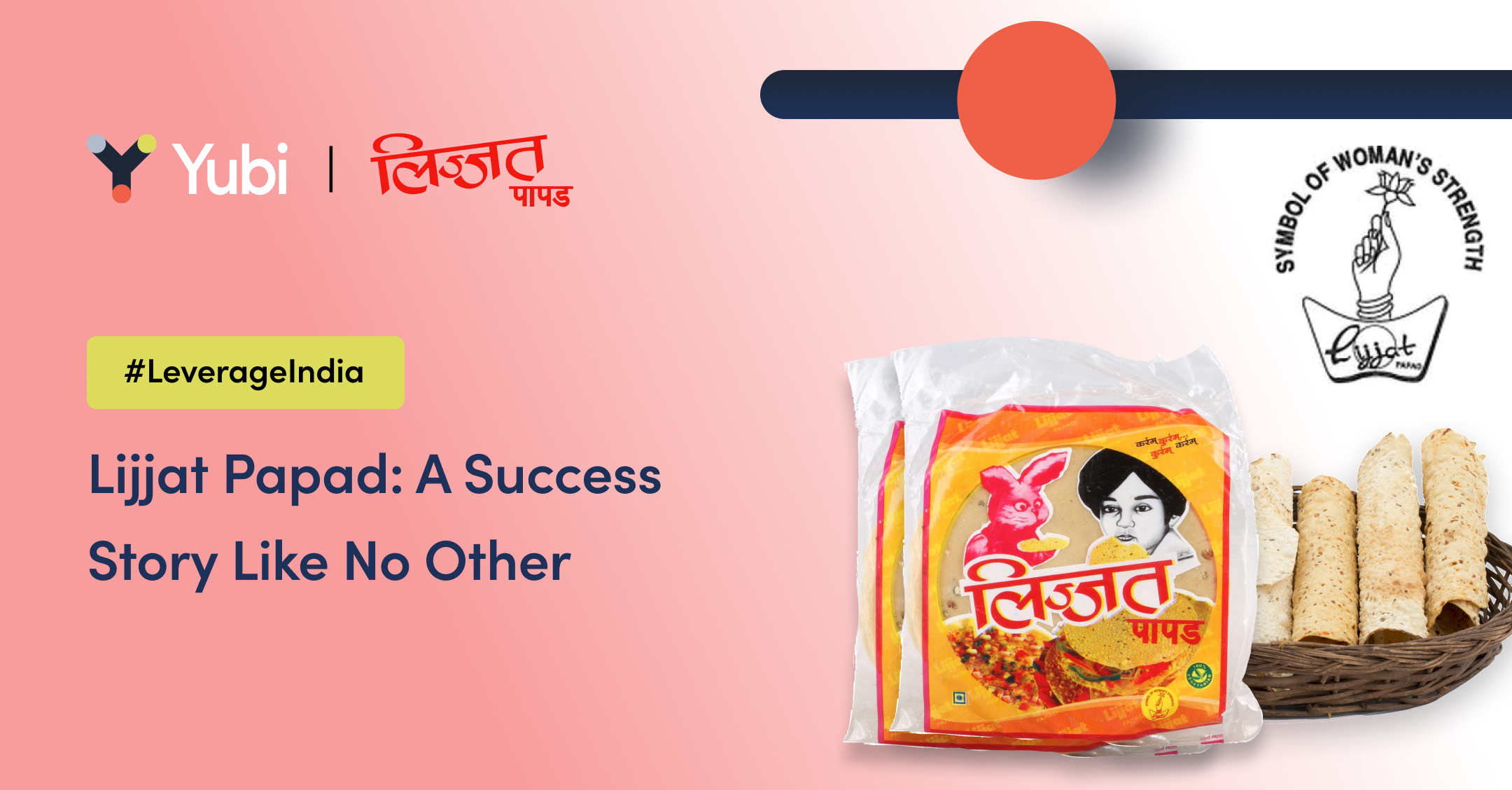 All of us are nostalgic about the 1980’s and 90’s. Some of our favourite shows, music and films are from that very era and you would agree that nothing can replicate the good old age of cable TVs and landline phones. A very distinct memory we might have is of an advertisement showing a large white rabbit talking about papad, a popular Indian snack and the brand synonymous to it was Lijjat Papad. Today we’ll delve deeper into the story of how that mascot came into existence and highlight Lijjat Papad’s success story.

Today’s epic tale begins in 1959, in a small colony in Mumbai, where 7 Gujarati women decided they would put to use their most veritable skill – cooking.

Led by Jaswantiben Popat, the women borrowed Rs. 80 from a social worker, Chhaganlal Karamsi Parekh and bought ingredients to make this popular Indian snack. The women finally gathered on their building’s terrace to produce 4 packets of papad and thus, started their journey.

With the guidance of Chaganlal, the women started selling their product to a local shop. Soon, adjoining shops showed interest in the product and wanted to buy it wholesale. This prompted the company to expand.

The women, although inexperienced in running a business, were clear about few things:

This unique approach got them ample coverage in vernacular newspapers and in their second year itself, they had 300 women working for the cooperative. Finally, a name was given to this budding enterprise – Shri Mahila Griha Udyog Lijjat Papad.

In 1966, the unit registered itself as a society under the ‘Societies Registration Act 1860’ and in September of the same year, the company was recognised as a, ‘processing of cereals and pulses industry group’ under the Khadi and Village Industries Act.

In the 1950’s, only 8% of India’s women population was receiving higher education. Most women could not even think of stepping outside their homes, let alone starting a profitable venture.

For the ‘Lijjat Sisters’, changing this narrative was a challenge. But half a century worth of resilience showed impeccable results:

Lijjat Papad: For, Of, and By the Women

The motto of Lijjat Papad is Sarvodhya, which means ownership. Ownership in their professional as well as personal lives. This unique belief prompted the company to start off with literary campaigns for Lijjat sisters in 1980’s and also begin a scholarship programme for meritorious daughters of their team members.

Slowly, these campaigns spread across different branches and later extended for the creation of recreational centres, as well as infrastructural development projects in rural areas where the women came from.

The organisation was eventually recognised by the United Nations, and representatives of the society have participated in UN Summits on women and child health and literacy.

Yubi looks up to the entrepreneurial spirit of Lijjat to have not just created a successful enterprise, but to have built a society which empowers their women.

It also applauds forward-thinkers like  Changala Parekh, for had he not believed in the potential of those 7 women, today one of India’s most loved brands may not have existed.

And this is the power of dreamers meeting believers and of capital propelling businesses forward. And at Yubi, this is the core of our mission, a mission which makes us believe that we are helping businesses like Lijjat Papad.

In a country where innumerable women are still shackled by society, Lijjat gives them a voice to rise and is leveraging the girls of India economically and socially.